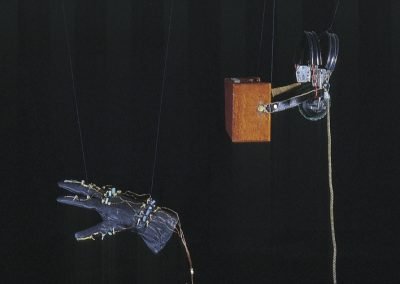 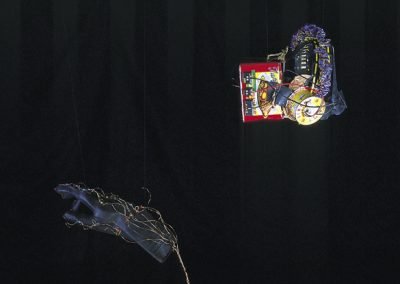 A History of Longing speculated on aspects of simulation technology and museology. It used cargo cults as a metaphor for virtual reality’s evacuation of the real world, and recreated the space of the traditional museum to consider the relationship between the real and the virtual.
Three pairs of objects were made using low-tech construction from found materials. The objects refer to the mask and data glove used in virtual reality for ‘looking’ and ‘feeling’, and also to cargo cult artefacts. The objects/artefacts were used to make photograms, and the photograms were scanned and translated into Postscript code. They were also filmed using file corruptions to produce a moving image generated by digital, not human logic.